The Blog of Empirical Non-Dualism

What Do We See?

The path of this blog is the empirical one. What we observe in this universe will be considered as evidence and the conclusion will be based on that. This is the path of science.

Science is not complete yet, which is fortunate because it can still give us the thrill of knowing the unknown. But that also means our evidence based conclusion will be provisional.

But we have to begin somewhere. Although incomplete, science has reached the point of becoming compatible with the classical non-dualism.

Recognizing the fact that with further progress of science our understanding will become better in the future, let's make do with the knowledge available right now and see where that takes us.

Our empiric knowledge ultimately boils down to these two. General relativity deals with the macroscopic scale of the universe whereas quantum mechanics rules supreme in the realm of the small such as subatomic particles.

It is expected that eventually these two will be unified under one grand theory i.e. The Theory of Everything. But until then our understanding of the universe remains incomplete. Well, it may still remain incomplete even after we get the theory of everything but that just means more interesting stuffs to figure out.

Anyway, as I said, let's make do with what we have. Here, we are mostly interested about the interpretation of the quantum mechanics and what that tells us about ourselves.

Everything that we see, including your body, is made of molecules. The molecules are made of atoms. The atoms are made of subatomic particles. 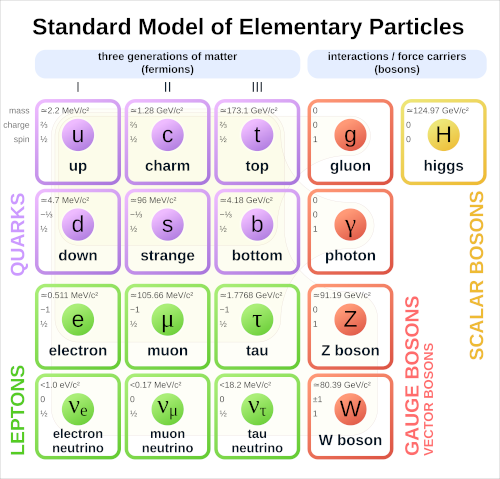 The subatomic particles obey the Heisenberg's uncertainty principle. The famous Young's experiment shows that the particles behave like a wave function just as the theory predicts.

This is how far down we have been able to go. Quantum fields are the most fundamental entities we know of. There is likely to be something else more fundamental than them that can unify all the quantum fields and maybe even gravity. Attempts have been made to crack that problem with theories such as String Theory, Loop Quantum Gravity etc. but there is not enough evidence to accept any of them.

In the Young's double slit experiment, a bunch of electrons are shot one-by-one at a screen through two slits. They form a interference pattern on the screen as if they were a wave.

But if you put a detector at one of the slits to find out which slit the electron is passing though, you simply get two bands at the screen as if the electrons were just particles.

Why does it happen? Is the universe playing hide and seek with us?

Among many interpretations of quantum mechanics, two stand out the most.

Copenhagen interpretation says that the wave function collapses and becomes a particle when it is observed. For example in the double-slit experiment the act of observation changed the electrons from waves to particles.

Many worlds interpretation asserts that the wave functions never collapse. All the wave functions in the universe interact with each other and forms an universal wave function. What you see is but a tiny part of the wave function that appears to you as the object of observation. A linear path through a choose your own adventure storyline if you will. Every decision with multiple outcomes splits your storyline into multiple versions, but this particular version of yourself gets to experience only one of them.

So the observed electron in the double slit experiment never becomes a particle. The detector, your eye and your brain simply gets entangled with the electron and only observe a single outcome among the many.

The many worlds interpretation leads to non-dualism. Let's see how that happens.